The Smithston Fishings form one of the most productive fisheries on the River Doon in Ayrshire. The Doon is one of the best known of the salmon and sea trout waters of the West of Scotland and follows a westerly course from its headwaters in Loch Doon in the Southern Uplands, flowing through charming, beautifully wooded country with many well known and productive salmon beats along its 23 miles. 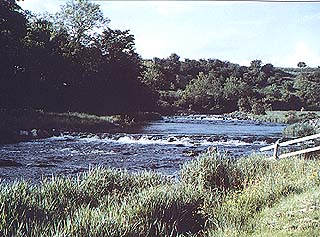 The river enjoys a good flow, partly supported by the vast resources of Loch Doon above and regulated by a dam there. The river is fortunate in that it enjoys a compensation flow arrangement as a result of the hydro-electric scheme centred on Loch Doon. The flow runs sweetly in summer when other uncompensated waters dwindle and stagnate. 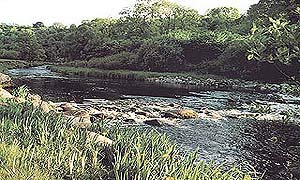 The fishings comprise some thirty-five named, streamy and varied pools along their length. Smithston is a noted summer and autumn salmon fishery which can provide quite outstanding sport with the fly. In recent seasons, the Thorntree, Ken’s Cast, Rabbie’s, Wilson’s, the Lang Pool, Polnessan and McSevenies have fished well.

The season on the Doon opens on February 11th and closes on 31st October. The first salmon are expected from the fishery in June but the stock builds up in July and successive summer runs bring fresh fish to the beat in increasing numbers to the end of the season.

September and October are normally the prime months. However in recent seasons, August has provided excellent sport. The 2014 catch of 54 salmon and grilse was the best ever recorded August figure for the fishery.

Smithston is fished as three beats, each taking two rods on a rotational basis. The arrangement offers productive water to each rod irrespective of the beat being fished.

To complement the improvements to the river itself, a spacious fishing cabin has been built on a site downstream of Carnochan Farm. There is good vehicular access to the fishings.

The ghillie, a keen and experienced fisher, not only advises and generally assists the rods, but also works to keep the fishings looking at their best.

The Smithston beat lies approximately 8 miles south east of Ayr and some 15 river miles from the estuary.